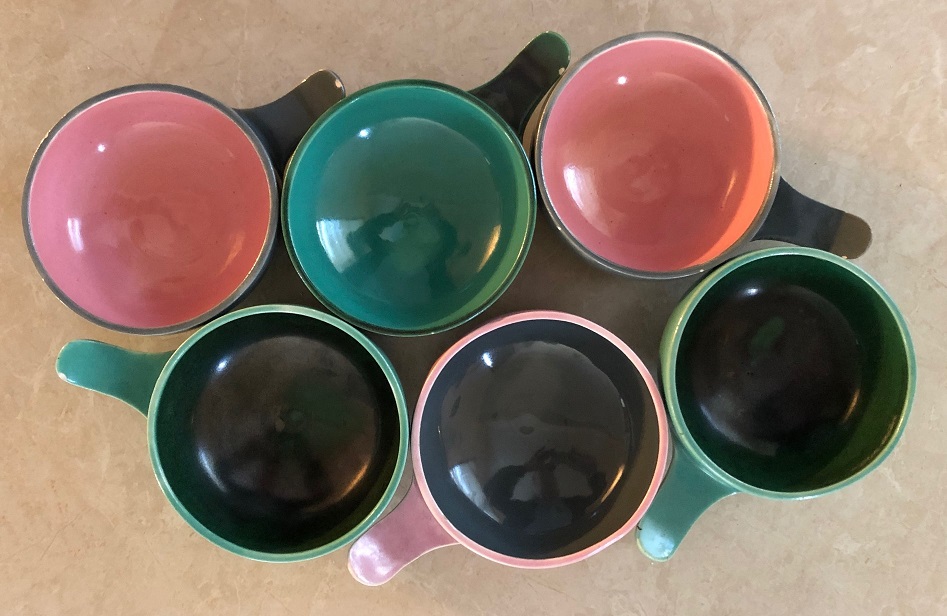 In 1959, due to council restrictions, Dyson Studio moved to Gembrook with a shop onsite and continued in business at Gembrook until 1986.

The pottery used a range of incised marks in its two locations, mostly with Dyson in the name. These are documented in Geoff Ford’s Encylopedia of Australian Potters’ Marks.

Her son, Robert showed interest in the pottery, helping out in her studios from his early twenties. He began working on his own as a potter in 1979 and the successful Robert Gordon Pottery continues today near Pakenham.