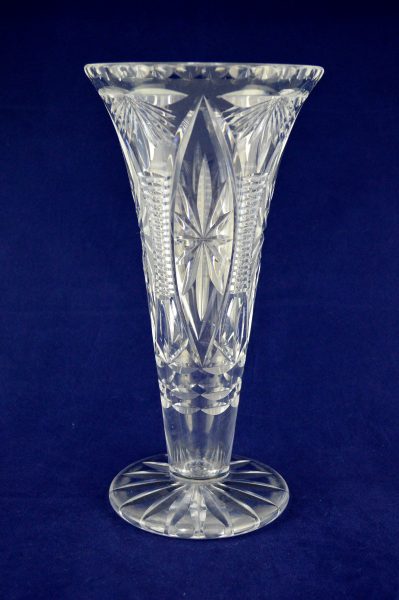 Thomas Webb won a gold medal for his glass at the 1851 Great Exhibition and the company won the Grand Prix at the 1878 Paris Exhibition when Thomas Wilkes Webb was also awarded the Legion d’Honneur. Thomas Webb & Sons were able to attract skilled workers from around the UK and Europe amongst whom were guilders and painters from France and Bohemian engravers, some of whom settled here and their descendants remain in the Stourbridge area to this day.

Thomas Webb began his glass career in 1829, when he became a partner of the Wordsley Glassworks. Soon after, he also inherited his Fathers partnership in the nearby White House Glassworks, and in 1836 he left Wordsley to run White House. The Platts Glassworks was added in 1840, followed by the Dennis glassworks in 1855. Thomas Webb was joined by his sons Thomas Wilkes Webb and Charles Webb, and in 1859 the company was named Thomas Webb & Sons. Their Father died in 1869 and Thomas Wilkes Webb became head of the company. Thomas Webb & Sons became well known for their quality fine lead crystal glassware.

Thomas Wilkes Webb passed away in 1891, Charles Webb then ran the company until he retired in 1900, when Congreve William Jackson took the role of managing director. During the early 20th century, production moved towards Art Nouveau style glassware.