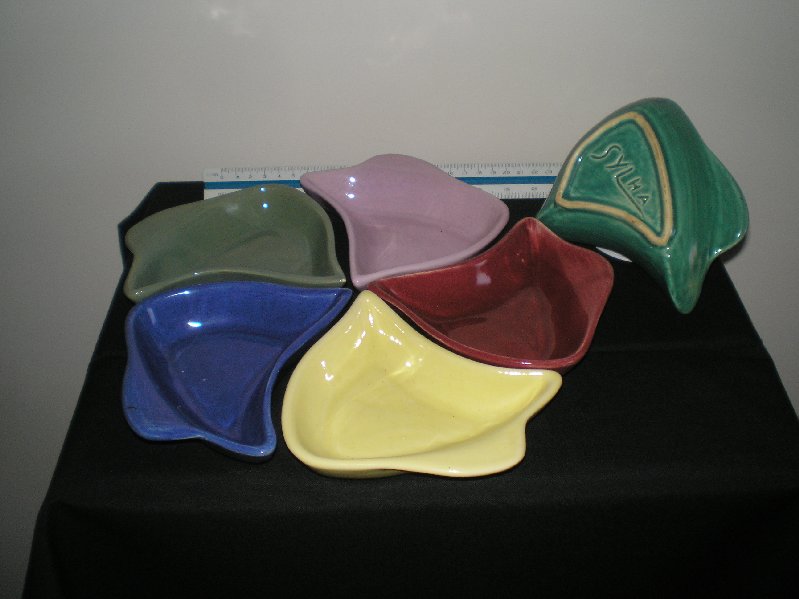 A retro addition to any entertainer’s home.

These dishes were known as Hors d’Oeuvres dishes. Expensive for their time, they are relatively uncommon. 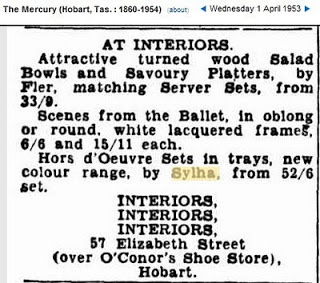 The Sylha Ceramics Studio was run by Artur and Sylvia and was originally located in the backyard at 1 Murrumbeena Parade, Murrumbeena before moving to Natalia Avenue, South Oakleigh in 1950 and then to Warrandyte in 1958 where Artur helped to found the Potters Cottage.  In South Oakleigh they employed two Italian potters and working with them, he learnt the skills of mould-making and slip-casting. Artur learned a lot from one of them, Costantino Bacchini (b: 9 September 1921) who arrived in Melbourne in 1952 under the Australian Italian Migration Agreement.  West-Australian potter Mike Kusnik also worked there in 1959.

Sylvia Pauline Halpern (nee Black), was born in Kobe Japan on the 25th March 1918 and came to Australia in the late 1930s.  Artek (Artur) (1908-1976) arrived in Fremantle Australia aboard the “Asturias” on the 6th March 1947. His brother Stanislaw born Zolichev Poland (1919-1969) having arrived in Fremantle before the war aboard the “Otranto” on the 15th of August 1939.  The brothers were the sons of Eisig Halpern, engineer, and his wife Berta, née Gutt.

Sylvia Pauline Black had studied at RMIT under Klytie Pate and John Barnard Knight in 1944-45, and used Sylha as a brand. Artur imported great quantities of glaze colours from England and Germany as these were unavailable in Australia at the time.

Like most makers of the day, their sales were made through department stores to whom they sold direct. Artur sold mainly through the Primrose Pottery Shop in Melbourne. 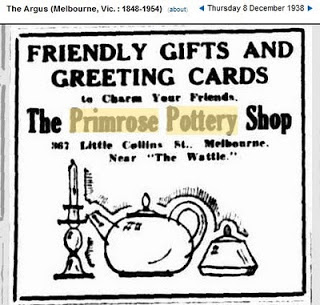 Potters Cottage was officially opened in 1958 by Dame Mabel Brookes, wife of the Governor of Victoria, Sir Dallas Brookes.  It was a small miner’s cottage in Research Road near the Warrandyte Bridge. It was then known as “Moonlight Cottage”, because the gold miner who built it in the 1890s worked in the Caledonia Gold Mine by day, and built his cottage by moonlight. By 1969 the Potters Cottage Co-op had built a restaurant where people were able to have their meals served on and in the pottery that was made by local craftspeople.

The co-operative was established for the purpose of making and selling handmade Australian pottery. The potters produced beautiful, functional studio pottery with attention to shape, decoration and glaze, bringing traditional craft together with modern. Whilst they shared certain principles in their work, the distinctive style and individuality of each artist is strongly evident. Their shared idealistic belief that modern, handmade pottery could enhance the quality of contemporary life was central to their philosophy.  The Co-op built a pottery school where people could learn to make their own pottery.