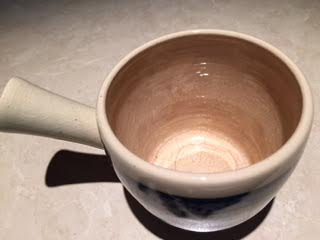 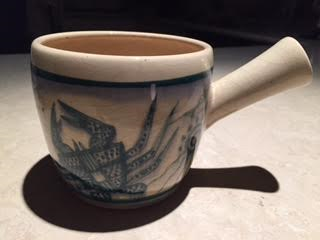 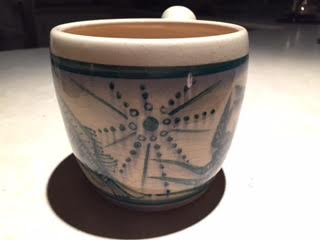 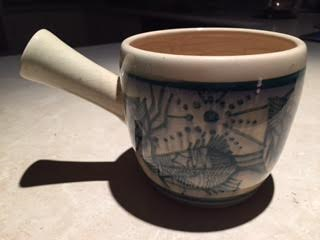 John Arthur Barnard Knight (1910-1993) was born in Warracknabeal, Victoria. He studied art at the School of Applied Art at the Melbourne Technical School (now RMIT University), and production methods at the Hoffmann and Maribyrnong Potteries, and also worked in the studio of Napier Waller from 1932-33. After graduating, he joined the staff, teaching pottery, modelling and drawing. In 1939, he took charge of the Pottery Department. In 1940 he married Isabel Grose, one of his students, and they established the Janet Gray Studio at South Yarra. He served in the RAF from 1942-1945, then continued to expand the Janet Gray Studio and to re-organise the teaching of pottery at the school, establishing courses for the Commonwealth Reconstruction Training Scheme, and upgrading classes to certificate and diploma courses in 1949 and 1950. He is best known as an educator, continuing to teach at RMIT until 1975.

A ramekin is a small single serve heatproof serving bowl used in the preparation or serving of various food dishes, designed to be put into hot ovens and to withstand high temperatures. They were originally made of ceramics but have also been made of glass or porcelain, commonly in a round shape with an angled exterior ridged surface. Ramekins are now used for serving a variety of sweet and savoury foods, both entrée and desert.

They are also an attractive addition to the table for serving nuts,dips and other snacks.